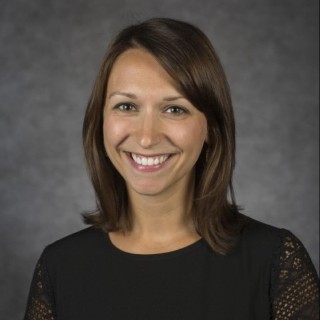 I guess this isn’t so much Foodie Friday as Boozy Friday… Drumbar doesn’t have a kitchen. That’s right. When was the last time you went to a bar without food? (OK, Whistler doesn’t serve food either, but I think of them as more of a music venue.) There’s also no TVs. I like a good sports bar just as much as the next person, but sometimes it’s nice to get away from it all, especially if it’s a place with rich mahogany, leather banquettes and shadowy corners for mischief…

Well, a seductress I am not. But Drumbar has most definitely stolen my heart. Even at $13/a pop.

Here’s five (other) things you might not know about Drumbar:

1. Drumbar is a rooftop bar (on the 18th floor of the Raffaello Hotel, a somewhat unusual location east of Water Tower Place), but they’re not focused on bottle service and waitresses in skimpy uniforms like most of their hotel rooftop competitors. And the indoor area in winter time is pretty great, too (re: description above).

2. The beverage director is Craig Schoettler, who use to be the head honcho at The Aviary (oh crap, there’s a good example of a drinks-only “restaurant,” duh). But while some of his drinks involve blow torches or Italian inmates (not kidding about either of those), his cocktails are certainly more approachable at Drumbar (though I’d stay away from the “margarita” unless you want to guarantee a brain freeze). But here’s the real surprise, to me at least: He’s only 26. Perhaps I should have accomplished more by now…

3. Some cocktails are only available Monday-Wednesday. Schoettler and his crew have all this fancy (and delicate) drink-making equipment, and it’s time consuming, so they can only promise the progressive drinks on the less-busy nights of the week. Plus, one is served in a glass flask, and they worry people would steal them.

4. If you’re a Scotch fan, you’ll be happy to hear Drumbar is a member of the Scotch Malt Whisky Society. You have to challenge a current member to a duel and win in order to steal their membership. OK, that’s not true at all. But Drumbar does land exclusive bottles of single cask Scotch from SMWS each month, and each one is labeled only with its tasting notes (Glazed Cashews and Lemon Lollies, for instance). Kind of cool for the adventurous Scotch drinker.

5. On Thursday nights, they host Bourbon & Beats with live jazz and whiskey flights. I haven’t been, but it seems right up my alley. It’s been added to the summer bucket list. Who wants to go with me?

From left: Radio Collins, Tiki, An Elusive Spring and Cucumber

I don’t know if it’s the excessive heat or what, but the city has felt especially claustrophobia to me lately. After all those years of playing in the 5-acre wooded wonderland that I called a backyard, perhaps it’s just “you can take the girl out of the country, but you can’t take the country out of the girl” syndrome. That’s not to say I don’t love living in an urban area—I do. But can’t we strike a balance?

Sure, with a lot of money.

This Australian home featured in Dwell has all of my favorite things: green space, water feature, outdoor grill, huge windows, tons of natural light, dogs… OK, that last one isn’t exactly a design aspect but still. I would kill for a backyard retreat.

Think this is cool? Check out the front of the house. Not so much… It really is a party in the back!

It still doesn’t seem real, but the Chicago Blackhawks are Stanley Cup champions once again! Three times in three years certainly isn’t shabby. I probably could have/should have posted about the Hawks last night, but I’ll admit: I was licking my wounds a bit. I started working for the Blackhawks right after they won the Cup in 2010 and left early last year… of course I can’t help but think if I had stayed another year (well, really a year and a half), I could be $35K richer in diamonds and platinum (the ring, obvi) and have a summer worth of celebrating ahead.

But in the end, it wasn’t the right fit for me, and I am absolutely overjoyed that the front office—not just hockey ops, the entire front office—has something to show for all their hard work and dedication. I hope my co-workers are shaking up a bottle of Champagne for me, too.

I was especially happy to see Dave Bolland score the Cup-winning goal. He became my favorite player after I had the opportunity to write a feature article—an oral history, he’s not much of a talker himself—about him for Blackhawks Magazine while I was on staff. It’s still one of my absolute favorite pieces I’ve ever written. You can check it out here if you’re interested.

And hopefully this Cup win means Coach Q and that amazing ‘stache will get a contract extension!

This isn’t the first time I’ve written about the Green City Market (you know my love of their butterkase grilled cheese), but now I’m an official volunteer! I worked my first shift on Saturday morning, even signed up for the 7 am group… What was I thinking? Nah, I’m a morning person; it wasn’t so bad.

I just worked the information booth: handed out parking validations, manned the chef parking area, put up vendor signs, answered questions (well, ok I wasn’t so much help there…). But I thought it’d be good to learn more about urban agriculture now that I’m getting into cooking—and I’m thinking it might be beneficial on a networking front too. I’ll be sure to share any insider farmer secrets I learn along the way!

Praha moved! It’s a little bit farther away for me now (relocated from North Center to Roscoe Village), but it’s worth the trip to check out the new and vintage furniture, decor and knick-knacks. There’s plenty of charm and kitsch but some solid furniture pieces as well. For Chicago, the prices are fair and the owner is friendly—and those two things say a lot. Plus, the new space is much less claustrophobia than the old one!

I don’t know if it’s the nice weather (about time, Chicago) or knowing that school kids are on summer break or something else, but I’ve really been jonesing for a road trip. I keep reminiscing about all the drives down to Louisville (ok, so I slept through most of the drive part) over the years to visit my grandparents and our family fishing trips up north with the Houston crew. I’d love to head out west and see some of our national parks or drive the east coast from top to bottom (so. much. seafood.).

And why wouldn’t I want to do it in style?

Isn’t she beautiful? I guarantee I’d turn heads in the good ol’ trailer parks of America if I were to roll in with this thing. But it sounds like this vintage Shasta Airflyte will be spending her time at weddings and garden parties instead (a California couple bought it to turn into a cupcake trailer for their business, Enjoy Cupcakes).

Click here to see more of these gorgeous photos by Jose Villa Photography!

Remember a few weeks ago now when I mentioned that I’d have a couple house guests for a few weeks? Well, I’ll be frank with you: It’s not going well.

Oh, it’s not my boyfriend. It’s pretty awesome to have someone around to cook me breakfast. He even likes to sweep.

This is what we woke up to this morning…

The thing is pure evil. That’s a piece of cardboard that we put up against the wall next to it’s carrier (what we keep her in at night so she doesn’t rip up my furniture) in case she tried to scratch her way out. Well, not only did she claw her way through the nylon bag and create a hole big enough for her escape, she destroyed the piece of cardboard too. It looked like when a prisoner escapes through a hole in the wall. Luckily it didn’t damage the wall.

When I came out this morning, she was sitting pretty on the couch, giving me a “Oh, good morning. Sleep well? Oh wait, I don’t fucking care” look.

HELP! Do you have any ornery pet advice? If so, please share it in the comments section below.

I hope all you proud papas out there had a nice Father’s Day weekend. I was lucky enough to spend the day with my dad and grandpa. And for whatever reason I got a Father’s Day gift: a grill! I’d been thinking about buying one now that the weather is finally nice and I have a big courtyard to use, but my parents beat me to it. Love you guys!

This is how far I got on putting it together though…

Yikes, that’s a lot of screws. But I will assemble it, promise. Expect some (delicious) updates from the courtyard soon!

You can’t take me anywhere.

I was absolutely that girl taking pictures of her food in the middle of a fine dining restaurant. But I sacrificed my reputation for you, trusty reader, so you could see how freaking amazing The Lobby is (though I didn’t get a picture of what might have been my favorite thing that night: passionfruit souffle!).

So The Lobby is in, well, the lobby of the The Peninsula right off Michigan Avenue. I never would have known about it (nor been able to afford it!) had I not been invited to this work event. Apparently it’s the place to go for afternoon tea, but we went for dinner. We got to try four of the appetizers, and then split the whole roasted chicken for two.

Holy crap. First of all, people don’t go to nice restaurants and order chicken. Chicken can only be so good, right? Wrong. This was the best chicken I’ve ever had in my life. Served with marbled potatoes and ramps (which are apparently all the rage right now), the breast meat actually has brioche crumbs underneath the skin and the butter allows it to crisp from the top and the bottom. Lee Wolen, you are some kind of genius.

All of the appetizers were great too. I think my favorite with the ricotta gnocchi (actually a gnudi, by the way). Oftentimes places try to mix too many flavors into one dish and it just doesn’t work, but at The Lobby, somehow, they all worked in harmony. And I know what some of you are thinking, but despite the portion size, they were satisfying. Honest!

Now I’m not big on astrology—sure, it’s fun to read horoscopes, but I never really take it to heart—however, I think The Frisky‘s astrological take on living situations is right on target, for me anyway:

Leo (July 23rd-August 22nd): Whether you live alone or with people, you need a house that’s good for entertaining — big living room, well-stocked bar, comfy couch for crashing, etc. — because you love having your friends over, and they know better than to miss any of your unforgettable parties.

What’s your ideal living situation? Click here to find out.